Let’s make some MAGIC together

Grab your fav beverage and let’s gab about your hopes, your dreams and what’s standing in your way. 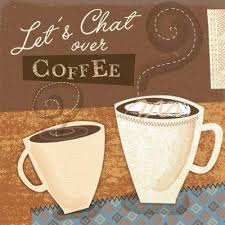 Give us a call or drop me a line anytime, we endeavor to answer all inquiries within 24 hours or on the next business day.

You can always find me online
facebook.com/pam.langord/ 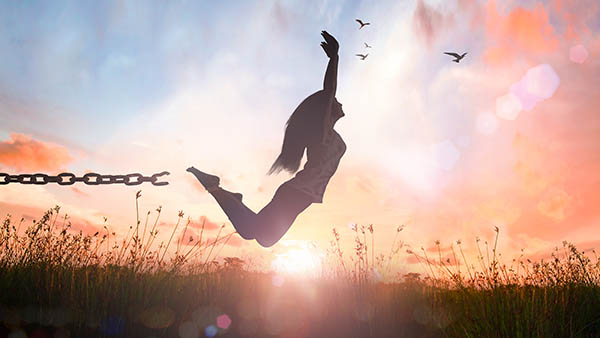 Well, January just blew by. Did you feel it? I sure did. I have so many plans for 2017 and we’re already a month into it. WOW!

Now it’s February and it’s time to put all of those plans into play.

And it’s time for me to be FEARLESS!!

Yup! My word for 2017 is Fearless. And there are so many reasons why.

I’ve shared before that I was in a 25-year marriage to an alcoholic. For the 10 years or so in the end, I constantly lived in fear. Fear of people finding out. Fear of losing everything. Fear of things spinning out of my control. Fear of the future. Fear of and for him. Every decision I made, I made out of fear.

And when I walked away, I was scared shitless!! So fearful of what the future had in store. Shaking in my boots terrified of being on my own but also so scared of being hurt.  The idea of my business not making it over the hump was enough to give me nightmares. I was beyond petrified!!

And I made every decision out of those fears.

Fast forward to my 2017 business planning with my mastermind group. During the process, I was asked what my word for 2017 was going to be. And as I thought about it, I realized that some f*cking amazing things had happened when I closed my eyes, gathered my courage, and just had faith in the outcome.

I love this quote…

“Courage is not the absence of fear but rather the judgment that something is more important than fear.” – Princess Diaries (yes, I’m a hopeless Disney movie addict.)

Now I would not say that I’m courageous in the slightest. But that idea of something being more important than my fear resonates deep.

I want to tell you a little story. It’s a love story. And it’s my story.

Once upon a time, a 15-year-old girl was a bridesmaid at her sister’s wedding. Her escort in the bridal party was the youngest brother of the groom. Even though they had never met, the two of them immediately clicked. They spent every moment they could in the other’s company even after the wedding. It was as if they had known each other all their lives and were meant to be together.

They tried to make things work but timing, fate, the silliness of youth, and distance all conspired against them. Keep in mind, this was in the old days before cell phones, Facebook, and instant messaging. (GASP!! Yes, I’m really that old – LOL)

Trying to date when you live an hour apart was tough, especially in those days. Even tougher when each spends summers away and weekends with extracurricular activities during the school year. But every time we got together, it was the absolute best. It was as if no time had passed and I fell head over heels again every time.

Bill and I dated off and on through high school and a bit during college.

Unfortunately as good as it was, we never told the other how we felt. I guess we were both fearful that the other didn’t feel the same. (Catching a theme here?)

I met my husband during one of those off times, got married, and moved away. Bill also eventually married. Having common relatives, we occasionally heard tidbits about the other but lost touch otherwise.

I went through my own personal brand of hell and was neck-deep going through my divorce. Of all things, it was my crazy posting of the meals I make on Facebook that triggered Bill to message me and ask if I “really” cooked all that stuff.

As if we had never lost touch, the floodgates reopened. We texted back and forth that night until 3:00 am and the next couple of nights. He had no idea I was getting a divorce until then and unbeknownst to me, he also had his own challenges and his marriage was ending too.

Similarly, we both had been hurt by those closest to us and had become closed off and private to keep ourselves “safe”. I know I had NO desire to ever open myself up to being hurt like that again. Not just no desire but it was more of a deep-rooted, bone-shaking fear. To protect myself, I was going to be the crazy lady on the hill with all the dogs. LOL!!

But fate is a funny thing…

A few days into our reunion, he took the leap and confessed that he was falling for me all over again. WOW!!

It could’ve ended right there and we might’ve been great Facebook friends. I mean, I wanted to stay safe, right?

Not so fast grasshopper…

Instead of keeping myself “safe” as I had planned, I closed my eyes, gathered my courage, and confessed that I felt the very same way. I took the leap.

That was over 2 years ago. 2 absolutely amazing, laughter and love-filled years. To be honest, I have never been safer, more loved, or more supported – EVER.

This man is my soulmate and partner. Not a day has gone by that I don’t give thanks that we both showed our “courage”. We both made the judgment that the possibility of what could be between us was more important than the fear we had of being hurt.

So I’m betting you’re now wondering why is Fearless my word for 2017?? After all, I took that leap over 2 years ago.

Even though I took the leap with Bill, I realized that I was still managing my business through fear.

I have programs and trainings that I haven’t put out into the world because of that same fear.

Fear that I’m not good enough.

I’ve taken on clients that weren’t a good fit

Fear I can’t pay my bills.

(Any of this sound familiar?)

This year, I’m drawing my line in the sand. With a lot of love, support and time to heal, I’ve realized that it’s okay for me to be scared but I can’t let that same fear hold me back.

This year, every decision is being run through my fear filter. And I am drawing on that quote about the meaning of courage.

Helping you help others and make the world a better place is much more important than my fears.

I will put my programs and trainings out to help you and I will be FEARLESS!!!

The Art of the Soft Sell: How to Get the Click Without (Really) Asking for It